THIS is what I love the most about the game industry, it’s full of talented people who are always willing to share their experiences and tools to help benefit others in the same industry!

To summarize, Insomniac Games are sharing their in-house memory tracing tool with the rest of the world, below are just some of the features (excerpt from their public GitHub repo)

IG-MemTrace tool is split into two components, a network listener app written in C#, this one you use to record, parse, and analyze traces, and a C++ runtime component which should be integrated with the target code base.

For memory profiling in UE4 you have a number of options:

On the highest level you have the allocator stats – basically the kind of information you get after every level load – by default it should spit out logs similar to the following:

Next, there are multiple stat commands you can use to check some memory usage in run-time:

Then there are multiple commands to dump memory-related data, a shortcut to do that is to use the memreport command (with optional -full additional argument for even more data). This in turn runs a list of pre-specified commands in sequence to dump different types of information (check BaseEngine.ini under MemReportCommands and MemReportFullCommands for more details). An example on how to use that could be found on Unreal’s Blog.

And finally, there’s the new and experimental stat-based memory profiler. Unfortunately the last time I checked in 4.13 it was not very usable due to the performance overhead, slowness of parsing the information, dependency on the stat system, and the fact that the results are just dumped to excel files.

For me, the required features for a memory profiler were:

Nice to have features:

Since IG-MemTrace has most of these features already, it sounded like a pretty good choice. So let’s see it in action!

I decided to give IG-MemTrace a shot and see how the tool fares when integrated with Unreal Engine 4. The steps were pretty straightfoward, as I needed to change nothing for the network listener C# app, building the solution ig-memtrace\tool\MemTraceUI.sln in Visual Studio was enough, which is what I did after copying over ig-memtrace\tool\ folder to MyGame\Source\Programs\

The first time you launch MemTrace UI tool (C# listener) you are presented with a dialog to change default options, you must set the Trace Capture Directory before continuing: 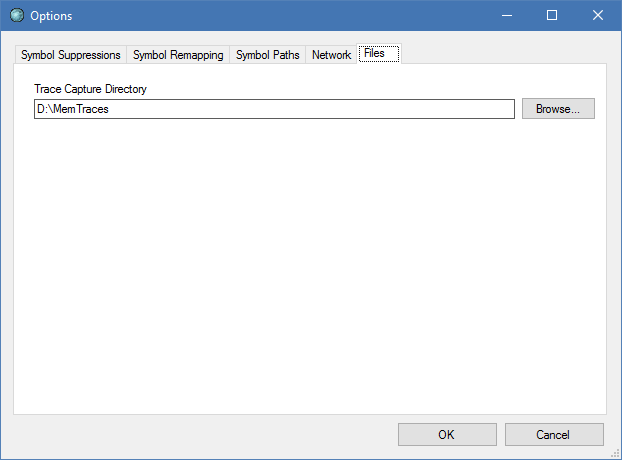 I also set up my Symbol Paths to the folders containing both the editor as well as the game executables as follows:

Finally set the Bind Address to the IP of the machine on which you are running the tool: 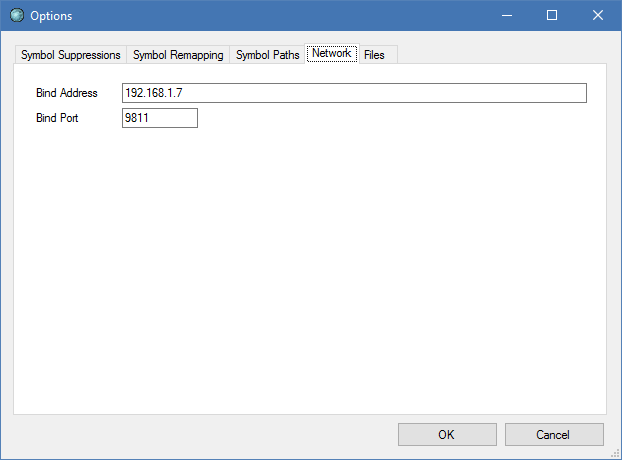 In the next blog post I will discuss the required code changes for integrating IG-MemTrace into UE4, explain the memory profiling workflow, and share my suggestions for future improvements. Stay tuned, and don’t forget to follow my on Twitter to be notified when I post Part 2.

View all posts by wessamfathi

This site uses Akismet to reduce spam. Learn how your comment data is processed.